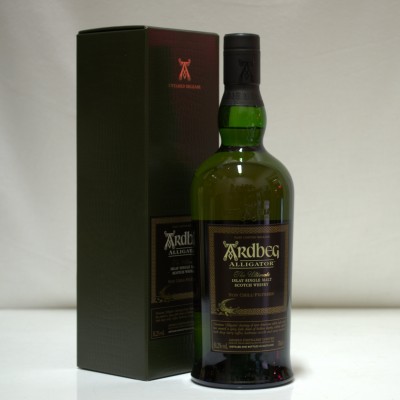 The hotly anticipated official release of Ardbeg Alligator. It's aged in a similar style to the standard 10 year old, except for the fact that a portion of the whisky was aged in heavily charred barrels. The barrels are charred to such an extent that they start to crack a little on the inside, and this resembles alligator skin, thus the name.