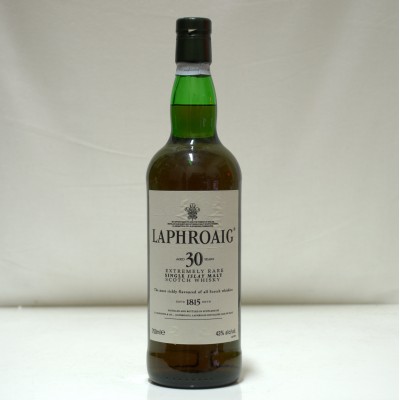 An extremely rare Laphroaig bottled at 30 years of age. Bought in the US, so 75cl and bottled at 43%

Originally released around 2000, this great dram is becoming rarer and rarer.

A great collectable, and a must for any Laphroaig collection. Unboxed.