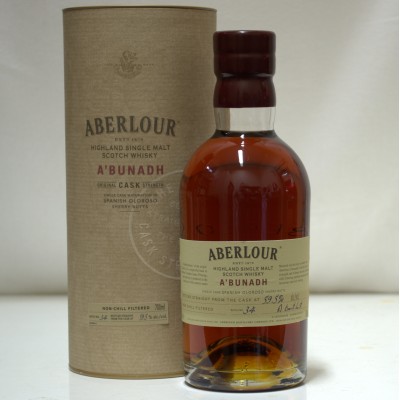 A'bunadh is exclusively aged in Spanish oak Oloroso sherry butts and therefore has a sweeter, softer flavour than most scotch. A'bunadh is not chill filtered.