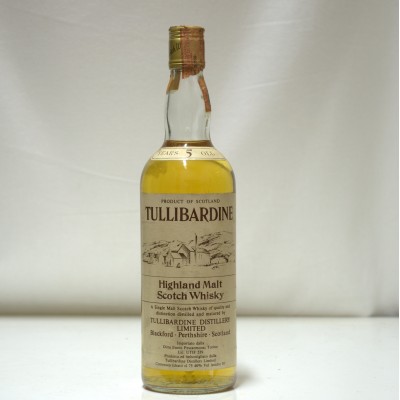 A simply-labelled bottle of 10 year old Tullibardine from the 1970s. With the distillery only having opened in 1949 this ranks as one of the earliest fully-matured OBs from the early days of production.