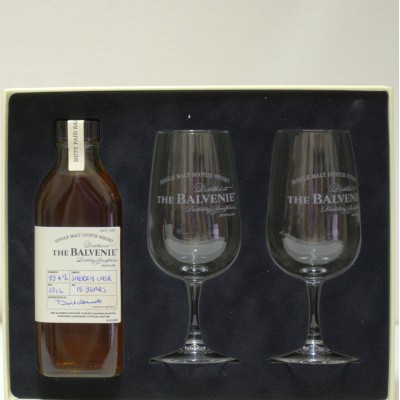 First in a series which sold out like snow aff a dyke! This is the release of a 10cl sample and two nosing/tasting glasses.Bottled at 59.4% / 10cl, after 15 years in a sherry cask

It was a peek at an exclusive bottling - called The Cooper - that was sold to members of Warehouse 24, the Balvenie members' club, through their website.