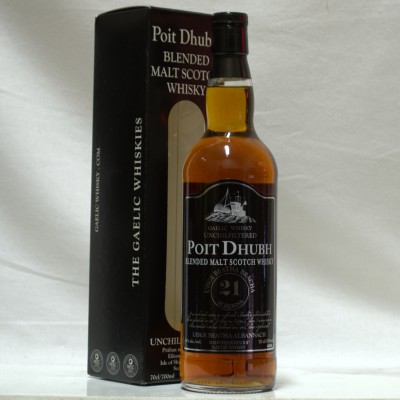 Poit Dubh is a vatted malt (technically a combination of several single malts). Talisker comprises the majority of the malt, reflecting the provenance of its parent company -Pràban - which is based on the Isle of Skye. The remainder of the blend is composed of various Speyside malts.