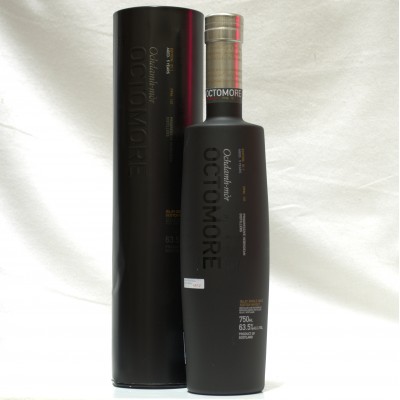 From the Bruichladdich site: It started out as a late night "what if?" idea after a few drams. What if we distilled the most heavily-peated barley humanly possible, in the tall, narrow-necked Bruichladdich stills designed by the Harvey brothers in 1881 to make the purest spirit possible?

And here it is – the very first release of our legendary Octomore. named for James Brown’s farm above Port Charlotte, and meaning in Gaelic “the big eigth” – an ancient measure of land. This was a dram that took the world by storm – peated to an astonishing 131ppm – the most heavily-peated whisky in the world!