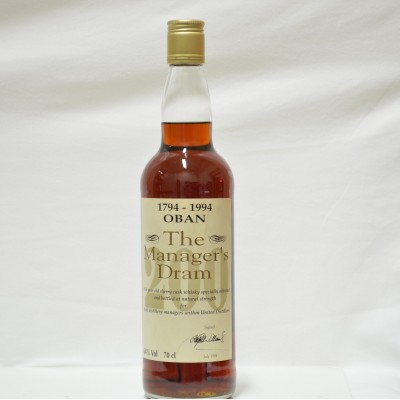 Part of of a highly sought after range of bottlings that were not sold to the general public. Selected by Malt Distillery Managers within UDV (and latterly Diageo Distilling Ltd) and bottled at natural strength.

This Oban is a 16 year form a sherry cask that celebrates the Distillery's 200th anniversary - 1794-1994. 70cl and bottled at 64%ABV. Signed on the front by the distillery manager John William. The names of the employees is printed on the back