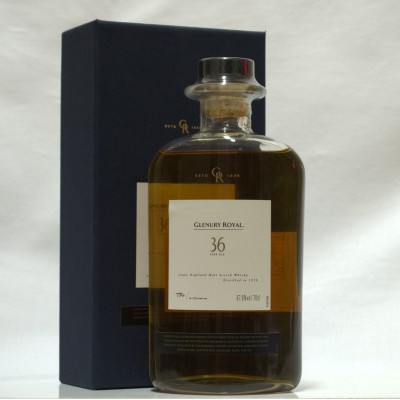 Glenury Royal could claim ‘royal’ in its name thanks to a friend of the founder, Captain Robert Barclay. The distillery was founded in 1825 and its license was cancelled in 1992. The site was sold for a residential estate.

This 36 year old Glenury Royal was part of the Diageo Special Releases of 2005. Only 2100 bottles were made available.