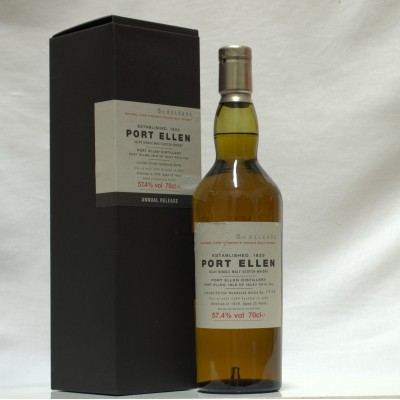 Winning bid: £620.00
Lot number: 281142
For many THE Islay malt. Has attained near cult status. Port Ellen distillery was mothballed in 1983, then demolished. The warehouse is still there, allowing Diageo to release annual bottlings. No more can be made, so these are incredibly sought after.

Slight damage to the front label on the bottle.