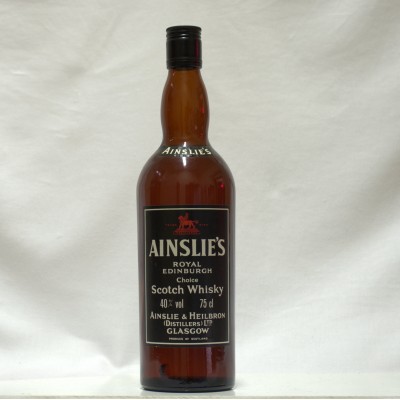 A very distictive bottle from Ainslie and Heilbron.

The fill is at the top of the shoulder.

From the Diageo Archives:

This company appears to be related to James Ainslie & Co, which was founded by Ainslie & co. (brewers of Burton-on-Trent Moss & Hume p141) as whisky merchants who principally operated out of Leith, In 1896 they acquired the Brora Highland Distillery and rebuilt it. The distillery was later sold on in the 1930s to Scottish Malts, though the
company appears to have become its principal operators after the Second World War.