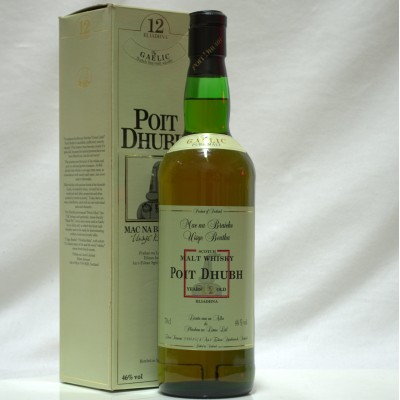 Poit Dubh is a vatted malt (technically a combination of several single malts). Talisker comprises the majority of the malt, reflecting the provenance of its parent company which is based on the Isle of Skye. The remainder of the blend is composed of various Speyside malts.