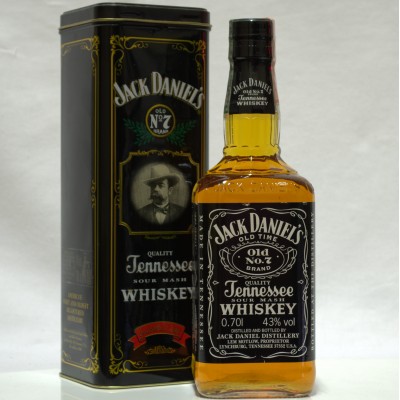 What what we do without Wikipedia?

"Jack Daniel's is a brand of sour mash Tennessee whiskey that is the highest selling American whiskey in the world. It is known for its square bottles and black label. It is produced in Lynchburg, Tennessee by the Jack Daniel Distillery, which has been owned by the Brown-Forman Corporation since 1956. Despite being the location of a major operational distillery, Jack Daniel's home county of Moore is a dry county, so the product is not available for consumption at stores or restaurants within the county, although the distillery does sell commemorative bottles of whiskey.