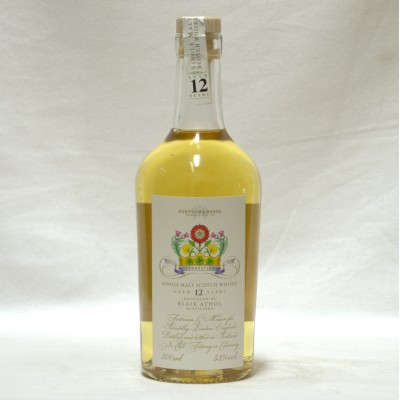 Why Blair Athol? According to the label ‘The Stone of Scone has been
part of the coronation service since the 13th century when it was captured
from it’s long standing resting place in Perthshire and taken to London by
Edward I. To commemorate this remarkable heritage, we have bottled this
whisky from the local distillery of Blair Athol at a strength of 53% ABV
- not only to symbolise the year of Queen Elizabeth II’s coronation but
also at a strength that shows the full potential of the spirit.’