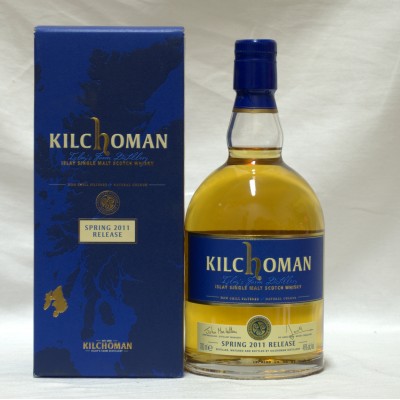 Released in Spring of 2011, this is the 6th official release from Kilchoman, and it was created by vatting three and four year old casks of whisky (all first and refill bourbon). 700ml and bottled at 46%.