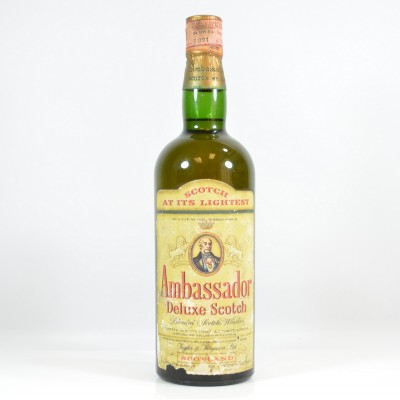 Dating from the late 1950s or early 1960s, this bottling of Ambassador is labelled as "Scotch at its lightest", it's a blended whisky produced in Glasgow.

Also advertised as the 'world's lightest Scotch', Taylor & Ferguson's Ambassador was extremely popular in the US throughout the 1960s and into the 70s.

Label has slight tearing at bottom