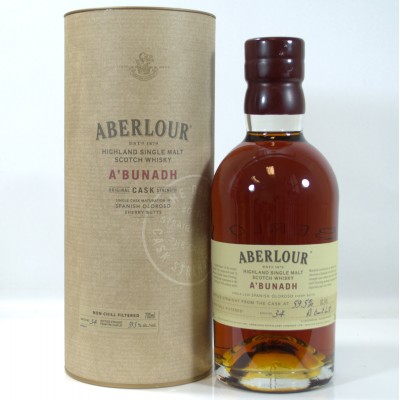 Rumour has it that when the second pair of stills were put in in 1975, a time capsule was discovered behind the name plate, containing an 1898 newspaper about the distillery fire wrapped around an 1898 bottle of Aberlour.

The workmen who discovered the bottle polished off four-fifths of the bottle during their lunch break, but the remains of the bottle went off to the laboratories in Keith, and were analysed. A'bunadh is an attempt to recreate this single malt.