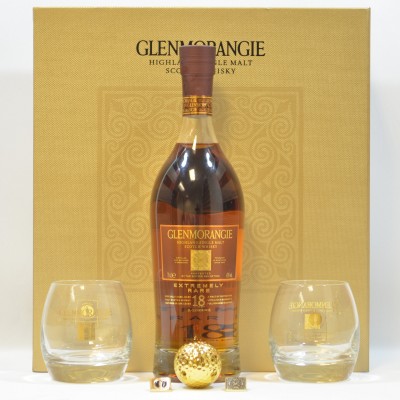 Genmorangie was one of the sponsors of the Open Championship at Muirfield this year and produced this 18 year old Extremely Rare gift set to mark the occasion.

Apart from the whisky, a proportion of which spent the last three years in oloroso sherry casks, there is a golden golf ball, two gold balmarkers with Glenmorangie insignia, and two branded. whisky tumblers.