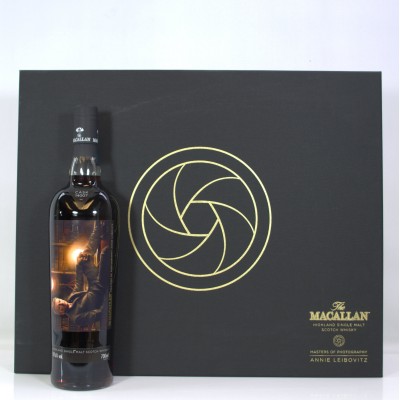 This, the third in the series after Rankin and Albert Watson, takes the Masters of Photography platform to a new level. The shoot took place in New York in December 2011. Leibovitz took four iconic shots. Each having inspired the creation of four whiskies reflecting the mood of the image they accompany.

The Library is the strongest of the exclusive single casks , and starts with hints of raisin, sultana, orange and chocolate all at once before a crisp following of apple, ginger and long, sharp oak notes.

Bottle Number: One of 145 to accompany The Library print