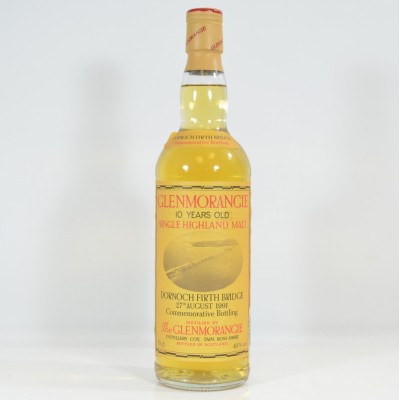 A commemorative bottling to mark the opening of The Dornoch Firth Bridge, on 27th August 1991.

Built by Christiani Morrison, a joint adventure between Christiani and Nielson Ltd and the Morrison Construction Group. At the time of construction The Dornoch Bridge was the longest bridge of its type in the UK at 890 metres.