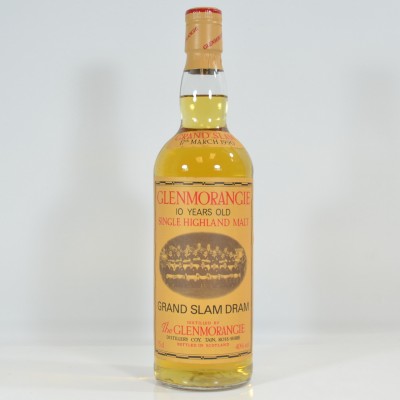 A special bottling of Glenmorangie 10 year old released in celebration of the Scottish rugby team's Grand Slam win in 1990. The neck label is dated 17th March 1990 - the day of the final match, a still spoken about win against England. The back label has facsimile signatures of the players. 75cl and bottled at 40%