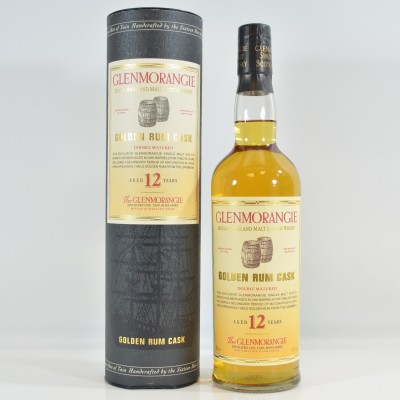 A rarer 12 year old Glenmorangie, finished in a dark rum cask. This was released before the range of LVMH Glenmorangie malts, so the packaging is a little old-fashioned (or traditional, if you like). 70cl and bottled at 40%