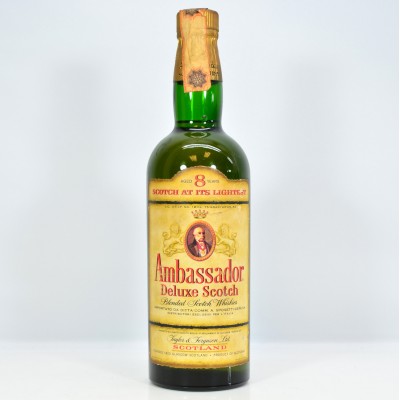 Billed as the "Scotch At Its Lightest", Ambassador is a blended Scotch whisky which was produced in Glasgow by the Taylor and Ferguson company. This bottle dates back to the 1960s. 8 years old, Italian import. Tax seals intact