Against The Grain Borratolls 1996 11 Year Old 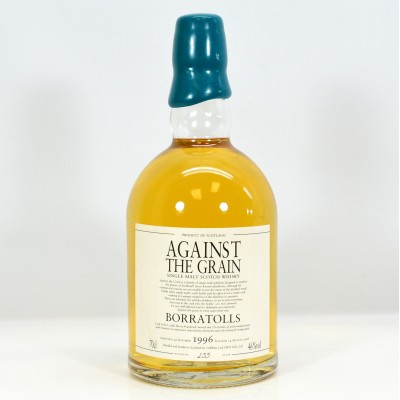 Part of Oddbins' Against The Grain single cask series. "Borratolls" doesn't state that it is a Caol Ila on the label but given that Borratolls is the water source for the distillery, that's our hunch! The whisky in this bottle was distilled on 29th October 1996 and bottled in 14th August 2008 after 11 years in refill sherry hogshead casks. This is bottle number 255 of 376.

Featured in The 33rd Auction, ended January 5, 2014
Send to a friend or post on:
FacebookTwitter