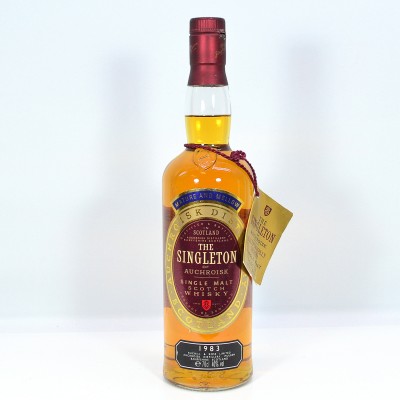 We are indebted to our friends at http://www.scotchmaltwhisky.co.uk/ for the following: The Singleton Of Auchroisk distillery was established in 1974. It was built by Justerini & Brooks a subsidiary of UDV. Initially it was built to produce whisky for the company's popular blends such as J&B blended whisky. Although the company did not set out to produce a whisky which would be sold as a single malt when the first vintage was assessed it was found to be an excellent single malt whisky. This is how the Singleton Of Auchroisk came about, and now about 10% of the distilleries production is sold as single malt.

There is a tiny bit of damage to the seal at the top.