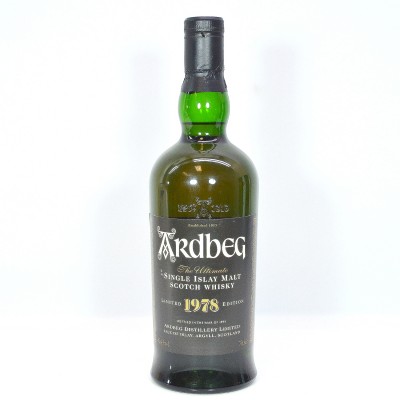 This is a very unusual bottle of Ardbeg. The story goes that there was an error in the bottling process which resulted in the whisky being cut to 42.4% instead of the standard 43%. The decision was made to sell the bottle at the unusual strength rather than vat it with a further batch.

There were approximately 200 bottles released in 1999 of this accidental Ardbeg all without boxes, and were only available at the distillery. All in all makes it pretty rare these days. Ideal for Ardbeg collection perfectionists!