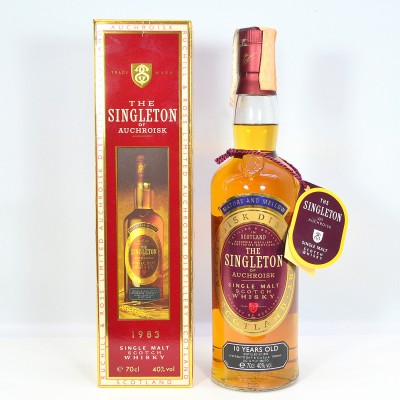 We are indebted to our friends at http://www.scotchmaltwhisky.co.uk/ for the following: The Singleton Of Auchroisk distillery was established in 1974. It was built by Justerini & Brooks a subsidiary of UDV. Initially it was built to produce whisky for the company's popular blends such as J&B. Although the company did not set out to produce a whisky which would be sold as a single malt when the first vintage was assessed it was found to be excellent. And that is how the Singleton Of Auchroisk came about, and now about 10% of the distillery's production is sold as single malt.