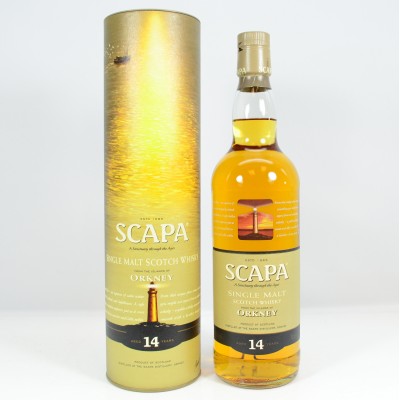 The much missed Scapa 14 old style bottling. Released for a relatively short period of time from 2004 when the distillery was given a new lease of life and was extensively refurbished, it was replaced with a 16 year old edition in 2008.