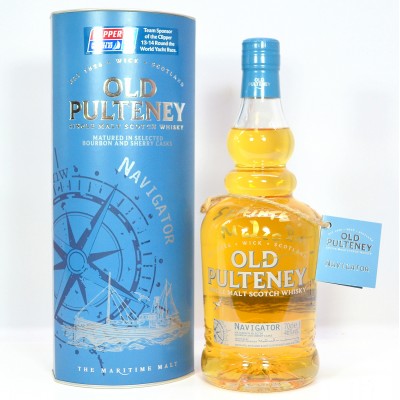 This whisky was released at the start of the Clipper Round the World Race and Old Pulteney sponsored one of the 12 spectacular super yachts in the 2013/14 Clipper Race fleet.

This bottle has been signed by the Distillery Manager Malcolm Waring.