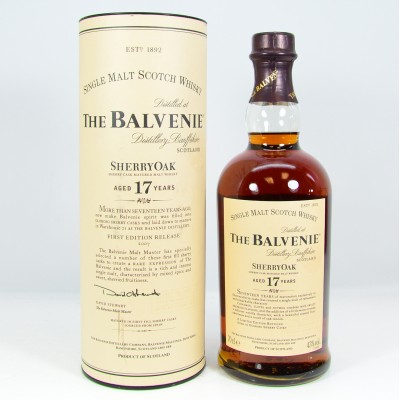 This limited edition release spent all 17 years of its maturation in first fill Oloroso sherry casks. In original tube which has slight dent to base.