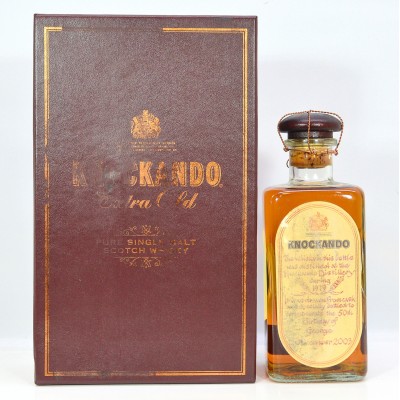 The information on the bottle reads, "The whisky in the bottle was distilled at the Knockando Distillery during 1979. It was drawn from cask and specially bottled to commemorate the 50th Birthday of George 12th December 2003."

There is no ABV or bottle size information except that there is 30.1 units in the bottle, which equates to a strength of 43%

Please note that the writing on the box has faded slightly.