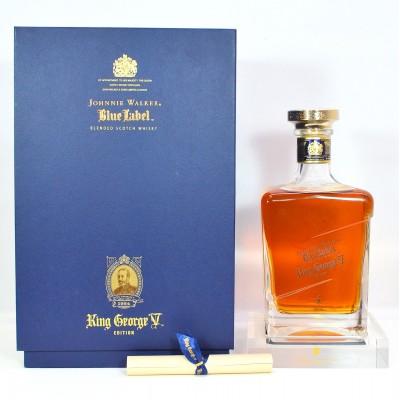 A special extension of the Johnnie Walker range originally for travel retail only, King George V celebrates the first Royal Warrant granted to John Walker and Sons Ltd to supply Scotch whisky to the British Royal Household in 1934, and is apparently designed to recreate how JW might have tasted back in the day.

Some Port Ellen has been used, alongside Cardhu, Lochnagar and some very old grain whisky.