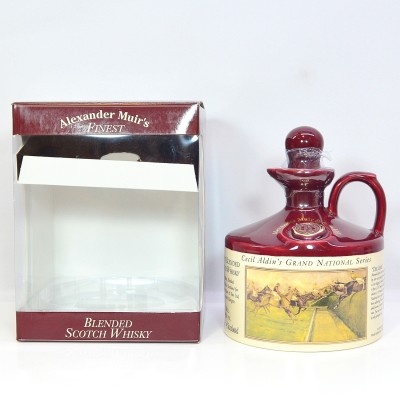 The scenes depicted on the flagon in this series from Cecil Aldin's Grand National Series capture some of the excitement and danger of this great race.

Please note that the seal has some damage to it but is still intact.