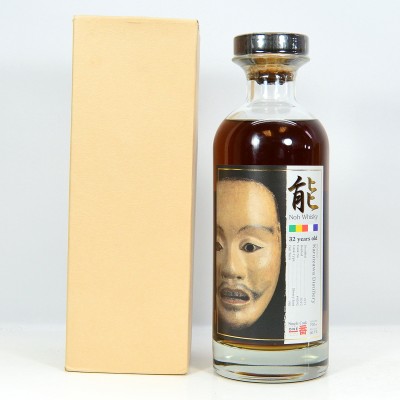 Karuizawa distillery officially closed its doors in 2011, although it hadn't been producing whisky since 2000. Since then all the stocks have been bought by Number One Drinks Company who release them every so often. This bottles offers a once-in-a-lifetime kind of whisky, a slight departure from the usual Karuizawa style (slightly more peated, much more punchy.) Part of the 'Noh Performers' series, it was distilled in 1977 and aged in sherry casks for 32 years.

This is a sublime whisky, one which won't be repeated. For this reason, all of the Karuizawa releases have become highly sought after and with such limited supplies you need to get it while we still have it!