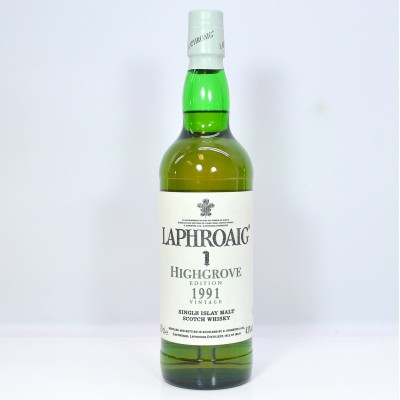 These bottles were sold exclusively on the estate of HRH, The Prince of Wales. Distilled and bottled by D. Johnston & Co., (Laphroaig), Laphroaig Distillery, Isle of Islay.