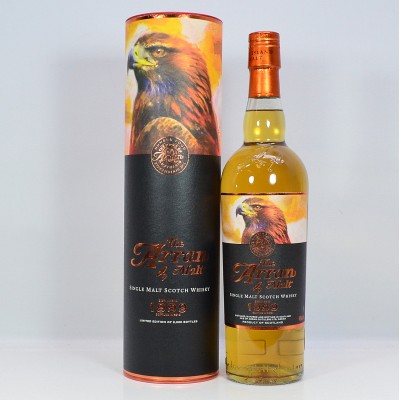 The Eagle single malt, which takes its name from a pair of golden eagles which nest in the mountain behind the Lochranza distillery, was drawn from 14 ex-bourbon barrels and seven ex-sherry hogsheads selected by master distiller James MacTaggart from the 1999 distillation. Just 6000 bottles of The Eagle were released. The whisky joins The Peacock, Arran Rowan Tree and The Westie in the Icons of Arran series.