Kilkerran Work In Progress One 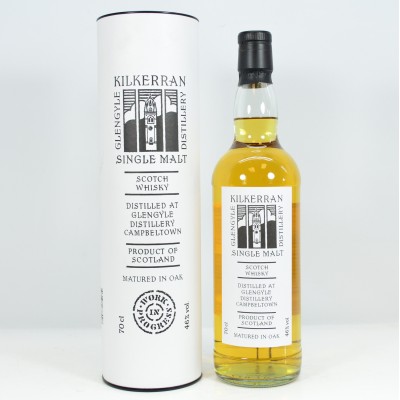 Mitchell's Glengyle Distillery is the first distillery to open in Campbeltown in over 125 years.

On 21st May 2009 at an open day held at the distillery, the global launch of Kilkerran 'Work in Progress" Single Malt took place. This first release of 12,000 bottles was part of the "Work in Progress" series and will allow you to follow Kilkerran Single Malt as it matures from 5 years old towards it full release age of 12 year old.