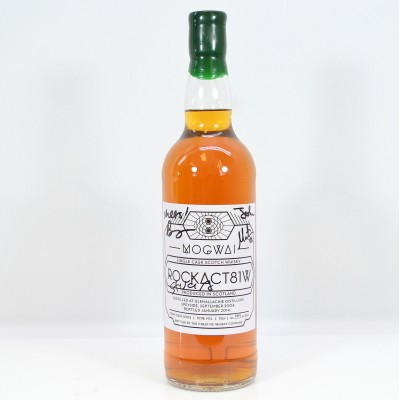 This limited edition Glenallachie sold out rapidly when it was released celebrate the Mogwai's new album 'Rave Tapes'.It was bottled by The Creative Whisky Company and sold only in the Good Spirits Company, Glasgow.

The bottle has been signed by four members of Mogwai.