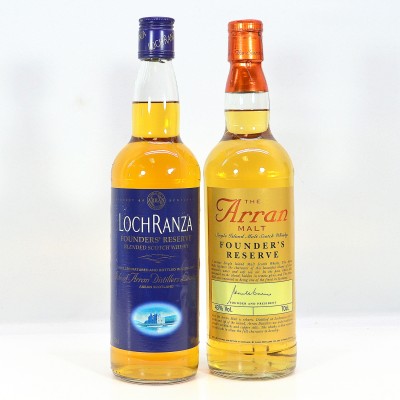 This blend has at its heart the acclaimed Arran Single Malt.

No age statement but believed to be around 5 years old. It was issued to the Founder's Bondholders only in 2001.