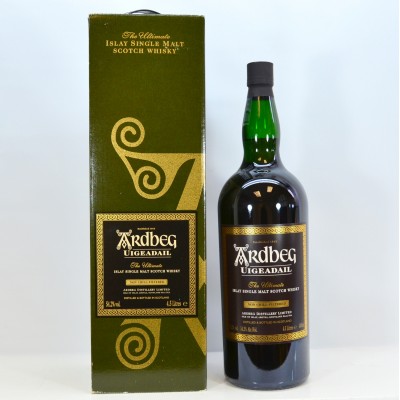 A BIG bottle of Uigeadail - deep and dark, just like Loch Uigeadail itself!

In 2009, Jim Murray’s Whisky Bible named Ardbeg Uigeadail ‘World Whisky of the Year’ – in praise of its “utter silky brilliance” and “complexity on a level only a handful of distilleries in the world can even dream of reaching.”