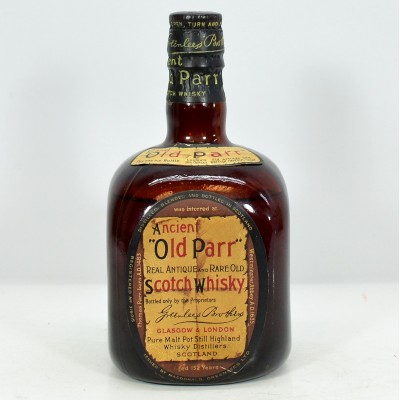 Ancient Old Parr whisky, named after the famous Thomas Parr, who was claimed to have lived to the age of 152. The label reading “Ancient Old Parr” was used from 1909-1941. Grand Old Parr is the title on the shoulder.