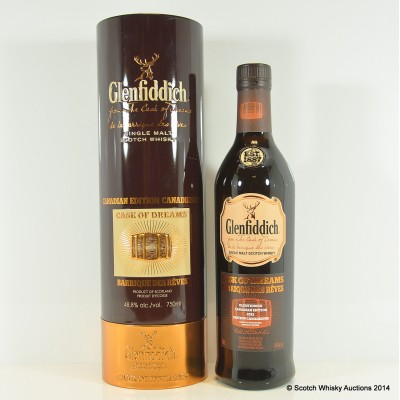 There was a lot of PR surrounding Glenfiddich's newest limited edition release - the "Cask of Dreams." They went on a big campaign around the US, literally rolling barrels of whisky through the streets of major American cities, where people could sign the barrels and record their own dreams onto the wood.

This batch had the dreams of the people of Canada added to it and after transporting the decorated casks back to Scotland, the unused American oak was filled with whisky aged 14 years and older where it rested for three months, picking up more vanilla from the uncharred wood. The barrels were then blended together to create a "Barrique des Reves".