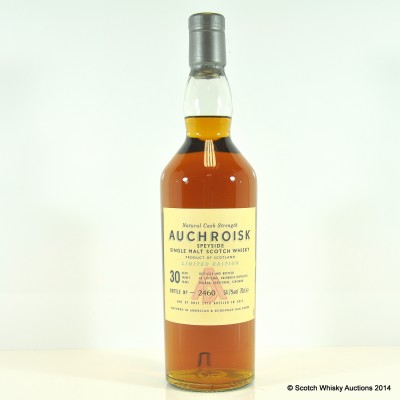 A limited edition, natural cask strength single malt from Auchroisk, an active distillery on Speyside, which is rarely seen as a single malt. The 30 year old marks the second limited release in this series. It is also the oldest Auchroisk ever released by the distillers.

Interesting to compare with the recent 20 year old, released in 2010.