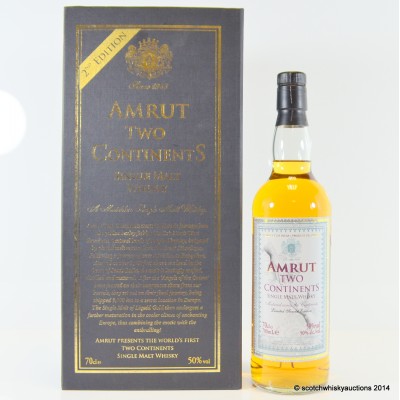 A second edition of the very popular Two Continents, this Indian whisky is aged in refill bourbon barrels. This whisky is produced using Indian barley from the North West Provinces. It is distilled and initially matured in South India before being relocated to a secret location in Europe to undergo further maturation in a climate where the angels aren't quite so thirsty!

Bottle Number: One of 1260 released