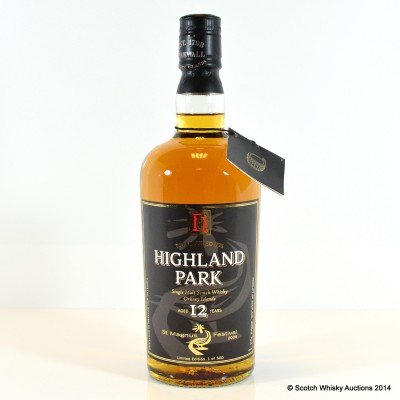 Part of a limited release of just 500 bottles from Highland Park. This was bottled for the St Magnus Festival in 2006 - an art festival founded in 1977 by Orkney's Sir Peter Maxwell Davis. The 2006 release was bottled on the 30th anniversary of the festival, and that year they celebrated Orkney's poet and raconteur George Mackay Brown.