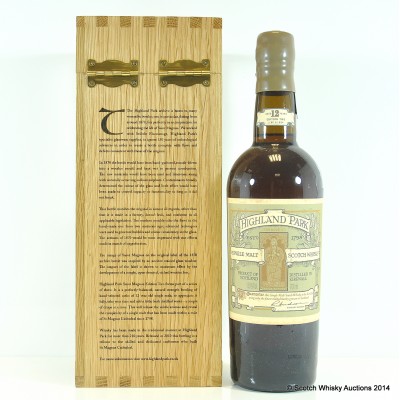 The second release in the series, the former Earl was murderer by his treacherous cousin, Haakon. He was canonised 20 years after his death. Quite a few years later and Highland Park are releasing a range of whiskies in his honour. All for " a man of extraordinary distinction, tall, with a fine, intelligent look about him" (a description we feel could describe the SWA team too....!)

Please note that this lot does not come with the cardboard packaging.