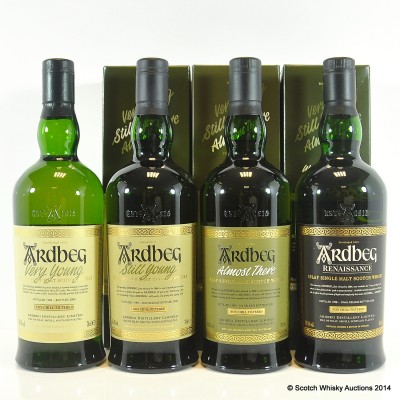 Very Young: The first part in the Young series from Glenmorangie-owned Ardbeg, tracking the development of Ardbeg whisky, aged for just a few years, all the way up to the standard Ardbeg at 10 years old. Extremely rare

Almost There:Distilled in 1998, this third release was bottled in 2007. The third and final Ardbeg before the new 10 year old hit the shelves.

Renaissance: The bottle proudly proclaims: "We've arrived." The rebirth of Ardbeg after the Glenmorangie takeover.