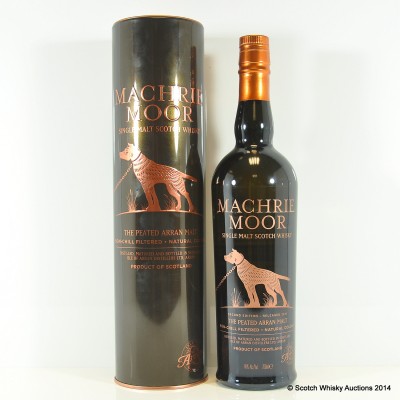 This is batch number two of the peated whisky from Arran, which sold out in jig-time wen it was released in 2011. The Machrie Moor is a peat bog on the western part of the Isle of Arran, and the dog on the bottle is called Bran!