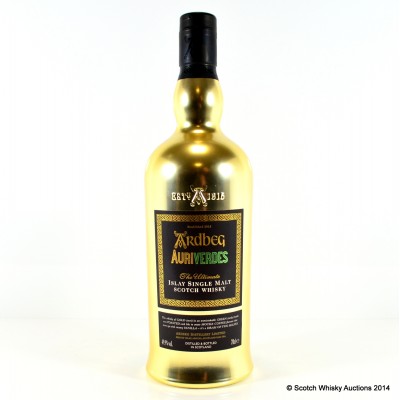 A real scoop. The latest Ardbeg apparition in a gold bottle that was sent - in strictly limited numbers - to journos and bloggers. In its everyday clothes it will be launched officially at Ardbeg Day at this year's Feis Ile on May 31.

Master of Malt has a few words to say about it (as you would expect):. Auri(Gold)verdes(Green) is a name used to refer to Brazil's sports teams (including the football team, of course), but in this case it refers to the golden whisky and the iconic Ardbeg green bottle it dwells within.