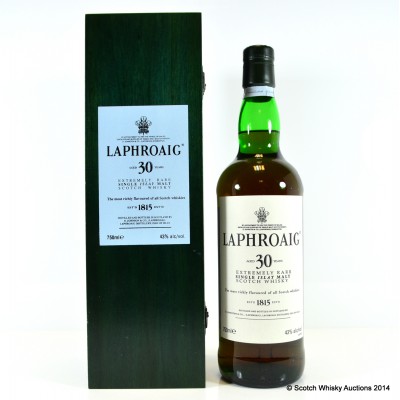 An extremely rare Laphroaig bottled at 30 years of age. 70cl and bottled at 43%ABV.

Originally released around 2000, this great dram is becoming rarer and rarer. Laphroaig 30yo has gained many plaudits, including a Double Gold Medal at the San Francisco World Spirits Competition 2005.

A great collectable, a must for any Laphroaig collection.